As a city official, if you like what Pick’n Run is doing, there are several ways you can get involved.  One, is to promote Pick’n Run in your regular communications to city patrons.  Another way is to initiate the Pick’n Run Trash Can Sticker program.  And finally, city governments can help limit the amount of trash by analyzing the Trash Data in the Pick’n Run system.

Below is an example of the sticker that would be put onto a trashcan. 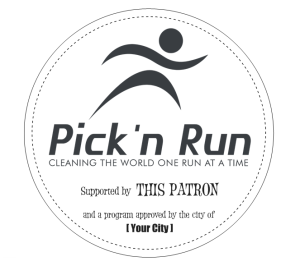 This sticker would let the runners know the city approves of the Pick’n Run trashcan sticker program, and that the patron who owns the trashcan allows runners to put trash in their trashcan legally.

In addition, the city patrons would add their location into the Pick’n Run system so that runners can look on a map to know where they can drop the trash they pick up on a run.  [ See trash can map — which has both public and private trashcans showing ]

View a list of the current cities that are participating in the Pick’n Run Sticker program.

[ Sign-up for the Trash Can Sticker program as a City ]

The data collection on trash is part of the Pick’n Run initiative, and is collected by runners via the web and mobile applications. Not all runners want to pick up the trash they see, however, they are usually ok with pinpoint where the trash is as they want to see the trash picked up.  This can also be because the trash is too “dirty” for them, is too big for them to pick up on their run, or they don’t have a trashcan that is nearby which they can put the trash in.  Thus, we provide data to city governments the ability to see where the trash is located, and make changes to their trash pickup regime to help keep the trash off the street or to go pick up the trash that is seen on the map (e.g. similar to patrons telling city governments where there are potholes in the road that need to be fixed).

If you would like access to the data, submit an application to access the data.  Note: No personal information will be shared with the access…only information about the trash location.  The type of information that is shared to city governments is the following: